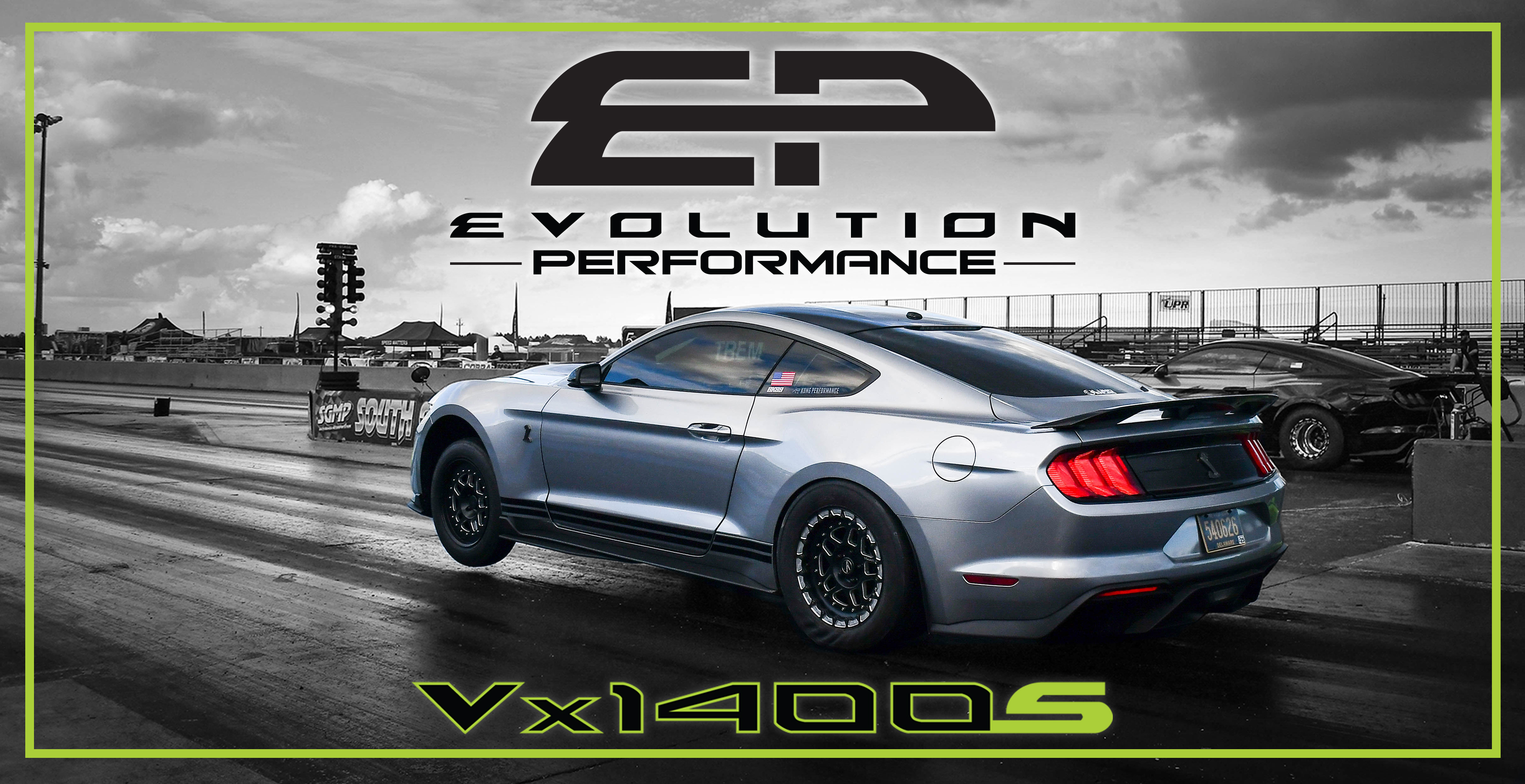 The Evolution Performance name has been synonymous with Ford Mustang performance since the shop’s inception in 2005. Now, Evolution Performance has released its new line of Vx upgrade packages for the iconic 2020-2022 Shelby GT500, including the Vx1000, Vx1200, Vx1400, Vx1700 and Vx2000, and owners can easily obtain up to 2,000-horsepower.

When the 2007 GT500 was first released, Evolution Performance offered Stage 5 and Stage 6 upgrade packages and cars from all over the globe were shipped to its Pennsylvania-based shop for service. Many completed cars held their value well and ended up at Barrett-Jackson and Mecum auctions, and Fred Cook, Creative Director, is excited to be bringing those same next-level results to the latest generation of GT500s.

Unrestricted in production numbers, Vx packages are tailor-made to meet specific power and performance goals while focusing on upgrades to the engine, power adders, chassis, suspension, wheels, tires, and more.

Furthermore, many customization options are available to customers including wheel design, wheel color, caliper color, valve cover color, and others. In addition to the base set of wheels, customers will also have the option of 18” Beadlock rear wheels for drag racing or an upgrade to special road racing tires.

The entire build process will be completed in only two weeks, and each will be fully documented with video provided to owners along the way. Unlike packages from other shops, all of the stock parts that were removed during the build will be returned to customers.

All of Evolution Performance’s new Vx packages utilize Ford’s dual clutch transmission which is imperative to delivering the most consistent and reliable results without compromising the factory platform’s integrity.

Evolution Performance has four 2020+ Shelby GT500s with varying power levels, all of which are used for research and development. Most notably, the shop’s 1,600HP 2020 Shelby GT500 “Villain” recently reset the Ford DCT transmission quarter-mile elapsed time record with an incredible 8.45-second at 167 mph pass. The experience the team garnered through countless hours spent testing both on and off the track was translated into the new GT500 Vx upgrade packages for customers to enjoy.

Evolution Performance will certify the power of every Vx build on their Hub Dyno.

For those not needing quite as much power, though, Evolution Performance’s entry-level Vx1000S base package is available for stock supercharged GT500s and incorporates other items such as an enhanced fuel system, supercharger porting, supercharger pulleys, chassis and suspension upgrades, a performance exhaust system, and more.

Every car that leaves Evolution Performance’s shop will be serialized with special Vx badging and graphics, and also featured on the www.evoperform.com website.

The first Evolution Performance Vx1400S, serial number 001, will be unveiled on June 3-5, 2022, at the Carlisle Ford Nationals in Pennsylvania so that fans and interested parties can get an up-close view of the upgraded supercharged Shelby.

Designed to perform on the drag strip, the road course, and during daily driving street use, Evolution Performance’s Vx upgrade packages offer monumental performance, improved drivability over stock, enhanced traction, and impressive aesthetics all without compromising all-around comfort or reliability.

Evolution Performance’s team is committed to providing excellent customer service, too. The shop’s top technicians are available for concierge-level support both before and after each sale as well as for trackside support when needed with decades of expertise and knowledge.

Proven, consistent combinations from the leaders in building the baddest Shelby GT500s on the planet, Evolution Performance’s Vx packages offer a tremendous value as customers can expect an abundance of performance parts at a reasonable price relative to the horsepower numbers being produced.

Owners of 2020+ Ford Mustang Shelby GT500s who want to dominate at the track and have a unique car that stands out at a fraction of the price of other factory-made supercars, Evolution Performance’s Vx upgrade packages are the perfect choice.